Kusama allows parachains to source tokens for their parachain bids in a decentralized crowdloan.

Note: For information on how to participate in the crowdloan and parachain auction testing on Rococo, please see the > Rococo page.

Anyone who has registered a parachain can create a new crowdloan campaign for a slot by depositing a specified number of tokens. A campaign is configured as a range of slots (i.e. the duration of the parachain will bid for), a cap, and a duration. The duration can last over several auctions, meaning that the team will not need to restart the campaign just because they do not secure a slot on their first attempt.

Important: All crowdloan contributions are handled by the Crowdloan module’s logic where a campaign is identified by index, not by address. Never transfer tokens to an address in support of a campaign.

Here is an exmaple of the crowdloans in play during the very first Kusama auction. 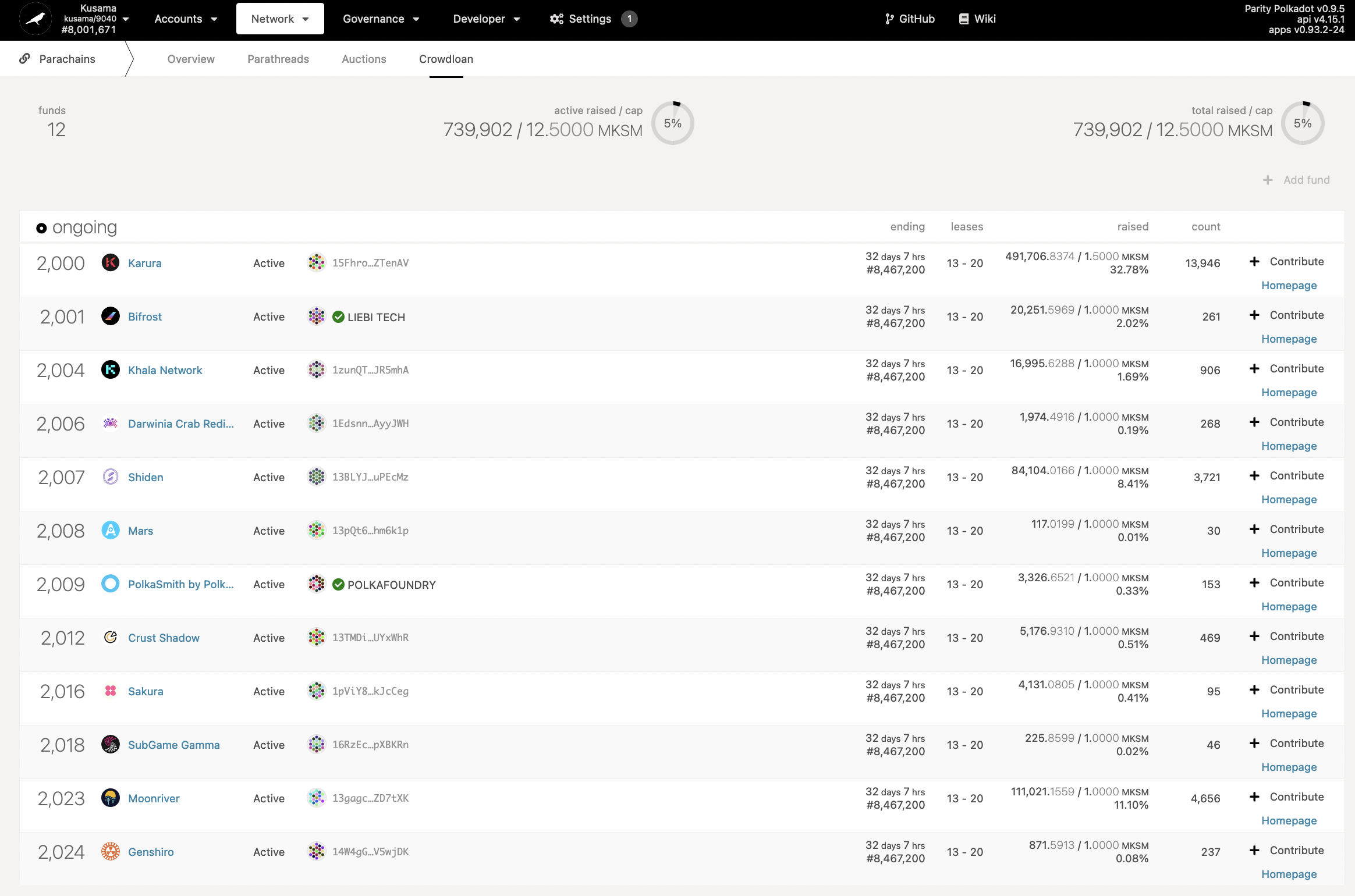